Did you know it is possible to build a complete sales funnel on Facebook ads without emails or landing pages?

I believe a sales funnel using video only and promoted through the Facebook ads platform is the best way to build your personal or brand’s authority, trust, and likeability.

Over the last ten months, I have been using this approach and seen an increase in the number of newly booked appointments without any initial interaction from the prospect.

I also have seen an increase in the conversion rate of my sales calls.

People who come through this funnel see me more as an expert than a salesperson.

The sales process goes a lot smoother, and the conversion rate is much higher on these prospects.

In this video, I explain why and how to build a full-funnel on the Facebook ads platform.

Download the free blueprint on how to turn 1 video into 6 marketing campaigns every week at https://videomarketingmachine.io/blueprint/

The best way to do that is with a video sales funnel built into the Facebook ads platform. And that’s what I’m going to show you today. So stick around, get your popcorn out and let’s get on the iPad. Let’s start drawing this funnel out.

All right, a video ads Facebook sales funnel. That’s a lot to say, okay. Basically what I’m trying to tell you is you need to build a sales funnel in video In Facebook, okay. But you use video only. There are many different types of sales funnels you can build and you’ve probably heard of webinar funnels and appointment funnels and lead magnet funnels and e-commerce funnels and a whole bunch of things.

Some of them are at dinner with their family on the phone, which they really shouldn’t do. Some of them are walking down the street and walking in, into poles. Cause they’re so consumed I’ve done that before. Facebook is an amazing platform. Now, when I say Facebook, I also mean Instagram cause they’re the same, pretty much the same platform.

The ads platform are the same. They’re both owned by Facebook. You have this huge amount of engagement. Now, you do not have that level of engagement on LinkedIn and on other platforms out there with people coming back to it so many times. So you can technically build a funnel like this on LinkedIn that won’t be as effective because people only go back to LinkedIn maybe once to twice a week, maybe. Maybe three times.

On Facebook it’s 58 minutes a day. That’s why you can get the throughput of getting your videos on their phone on a very consistent basis. That’s one of the reasons why it works so well.

The other reason it works well is because if you want to build authority and trust, the best way to do that is through video. Video allows you to build trust quicker than anything else. If they say a picture paints a thousand words, a video paints a million words, right? A blog post that you may write or an image that you might put up in your social media.

And people when they hear and see you, it’s easy for them to say yes, I like them or I don’t. And that’s good. You want to polarize people. Like if people don’t like you just move on, right. There’s a whole bunch of people out there that will like you and so that’s why a video is so powerful. The other reason why you want to build it on the Facebook platform is because you can pay to get your ad in front of people.

Now, social media is really good but if you’re not an influencer, if you’re not a person with massive reach, no one is going to see what you’re posting. That’s just the reality. And if many of you are posting already on social media, you’re living this, right. You’re doing all this work and nothing’s happening.

Facebook’s brilliant because you are able without being an influencer with millions of followers to show your video to tens of thousands of people for cents in the dollar. It’s not expensive. And so this is why Facebook is so amazing and why you want to build a funnel. A sales funnel purely on Facebook.

Yes, there’s an email funnel you can build and all different other platforms and YouTube and a whole bunch of other things but I’m just talking about the Facebook ads video funnel at the moment. Let’s summarize that again. The first reason, why you want to build it on Facebook. A video sales funnel, is because Facebook has so many people on the platform and they’re hitting it every single day.

The second reason is because you can convince people very quickly on Facebook with a video, okay. A video is the quickest way to convince someone that you’re an expert. And the third reason is with Facebook, you just pay and you can just show that video to as many people as you like, okay. Have I convinced you that Facebook’s the way to go to build a pure video funnel?

Let me show you what that video funnel looks like. Step one is to record a video a week. One video every week, all right. You record that video and you make it educational. It’s a teaching video, okay. So you teach someone, about, a topic that’s important to you. If you’re a physiotherapist you’ll teach them about different types of problems that you can solve and how to solve them and different exercises they can do.

You say, okay, we’re going to target to people in a certain location who fit this kind of profile, age, and that kind of thing and then a whole bunch of interests. And then you show that video to those people, okay. Now what tends to happen is after a week or so, what you do is you create an audience that’s 25% video views.

Every week, there’s more people going into this funnel. This funnel has a constant flow of people running through based on people watching this first video and then if they watch that video, they get to see all of these videos here, okay. That’s the funnel. This is how you build authority with teaching videos, where you teach your audience.

Like, it’s not a lot of money when you add it all up. And so you’re building authority because you’re teaching and you’re building trust because they’re seeing you and hearing you and getting a feel for who you are as a person and you’re constantly showing ads to that person that initially watched this video here, okay.

You keep agitating pain points. You keep educating them about your product. You keep giving, giving, talking about them, focusing on their problems, not your business. The only time you focused on your business is the last, 15 seconds where you say, Hey, if you need a problem. Hand solving that problem, then book a call, okay.

This is how you build a video funnel purely on Facebook. It is super powerful. I want to encourage you that if you’re not doing this, start. But if you’re a small business or you want to grow your business and you want high quality prospects to book appointments with you or to reach out to you, then this is how you do it.

And just for me, I have got these videos running and I’ve created all the content that I’m constantly every week, getting people booking appointments in my calendar. And the beautiful thing about it is when I get on a call with them, they know everything about me. They know what my philosophy is around when I do.

And they feel like they know and trust me beforehand, like I have a very different conversation with them instead of me trying to sell them. They’re pre-sold, I am just, answering their questions all the time. They’re grilling me. They’re like, Marlon, you said this in this video. What about that? And they got all these questions for me and they talked to me as if they know me.

But what they’ve done is watched one video and then they may have gone to my YouTube channel and my Facebook page and the binge-watched all the videos. And so at the end of each video, I asked them to book a call and one of the first questions I ask people is, Hey, why did you book this call? Why now and why me?

They said, I watched the video, you told me to, and here I am. It’s amazing how I get people who I don’t know. Who, when I get into a meeting with them, I am the perceived authority in the industry and it just changes the relationship. So if you want that for your business, build a Facebook ads, video funnel.

If you need help doing that, then we can definitely help you. I have a business where we build out these funnels and there’s two things you can do. You can either join our Facebook group where we do lots of training like this every day, but you can also book a call with me. If you want us to help you do this, I’ll have a 15 minute chat with you and I’ll see whether you’re a good fit.

And if you are, I’ll tell you what it takes to actually work with us so we can build this out for you. So, hope you take this. I hope you run with it. And if you have any questions then book a call or put it in the comments and I look forward to speaking to you soon. Bye. 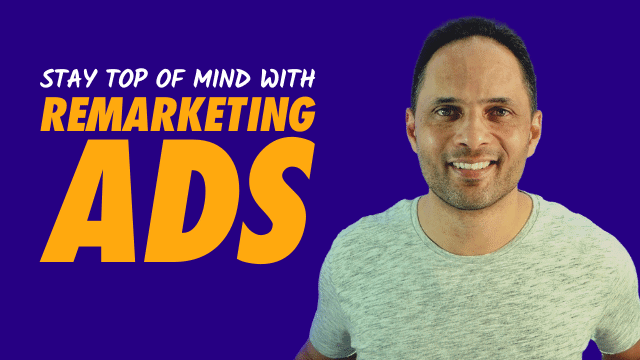 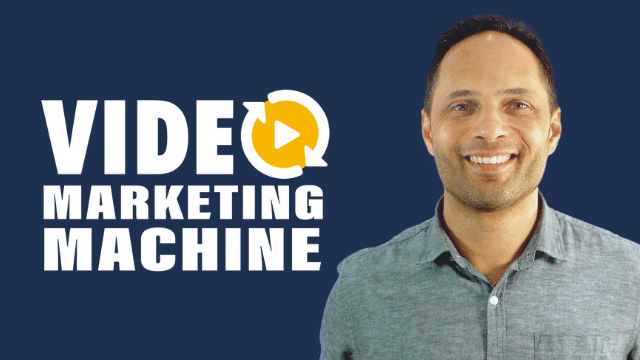 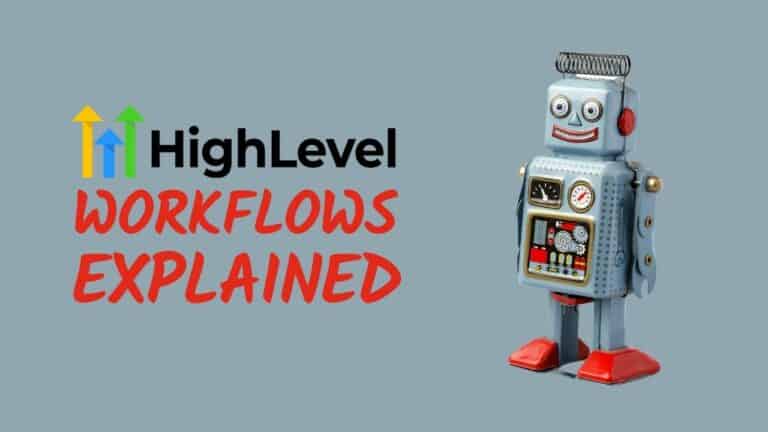 A Detailed Explanation Of GoHighLevel Workflows 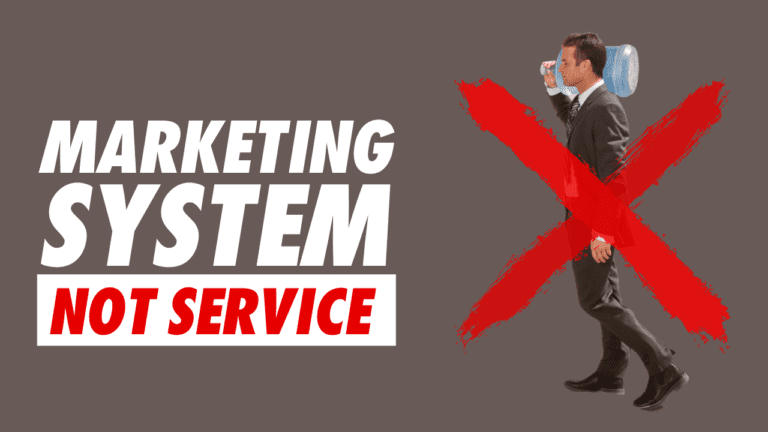 Why You Must Sell A Marketing System NOT A Service